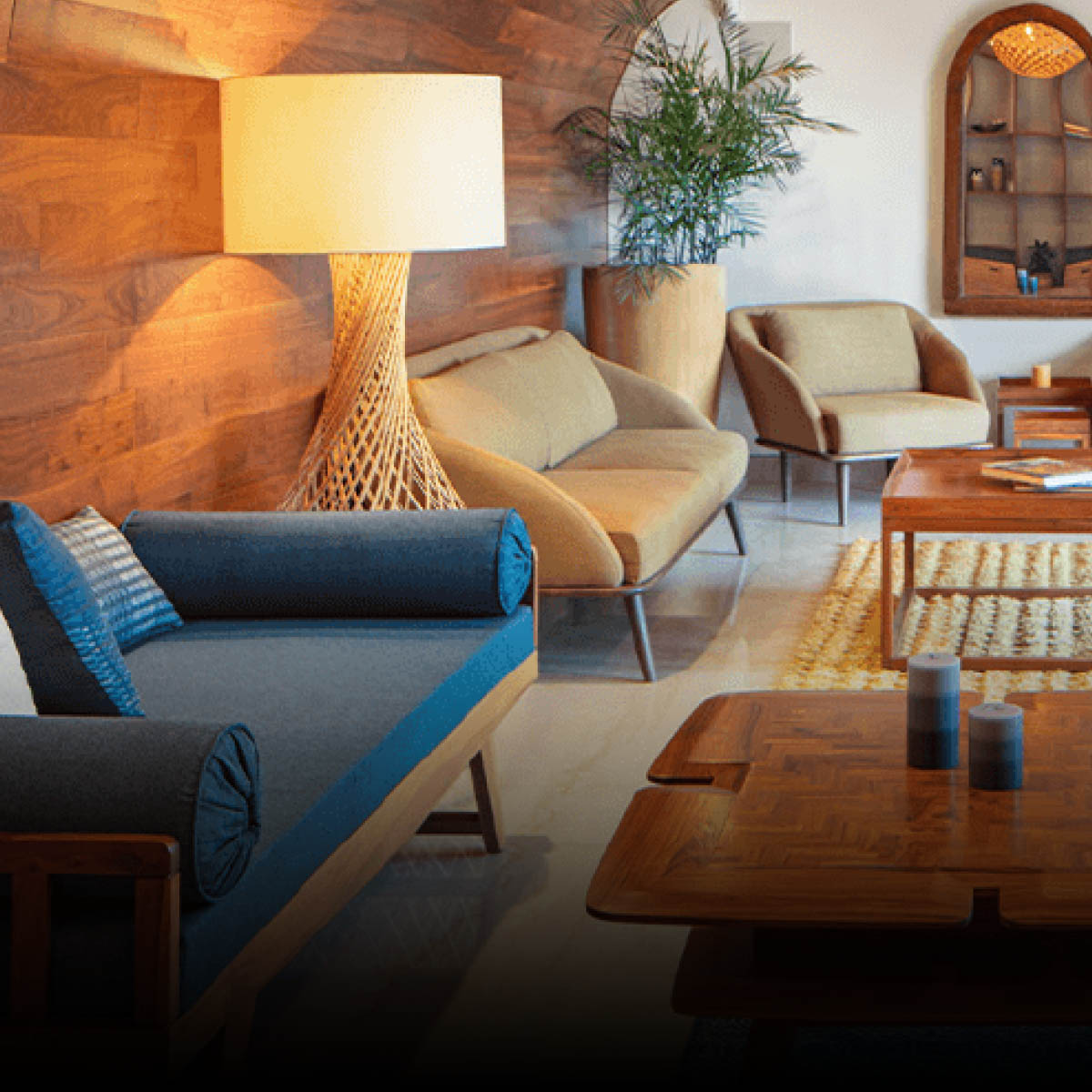 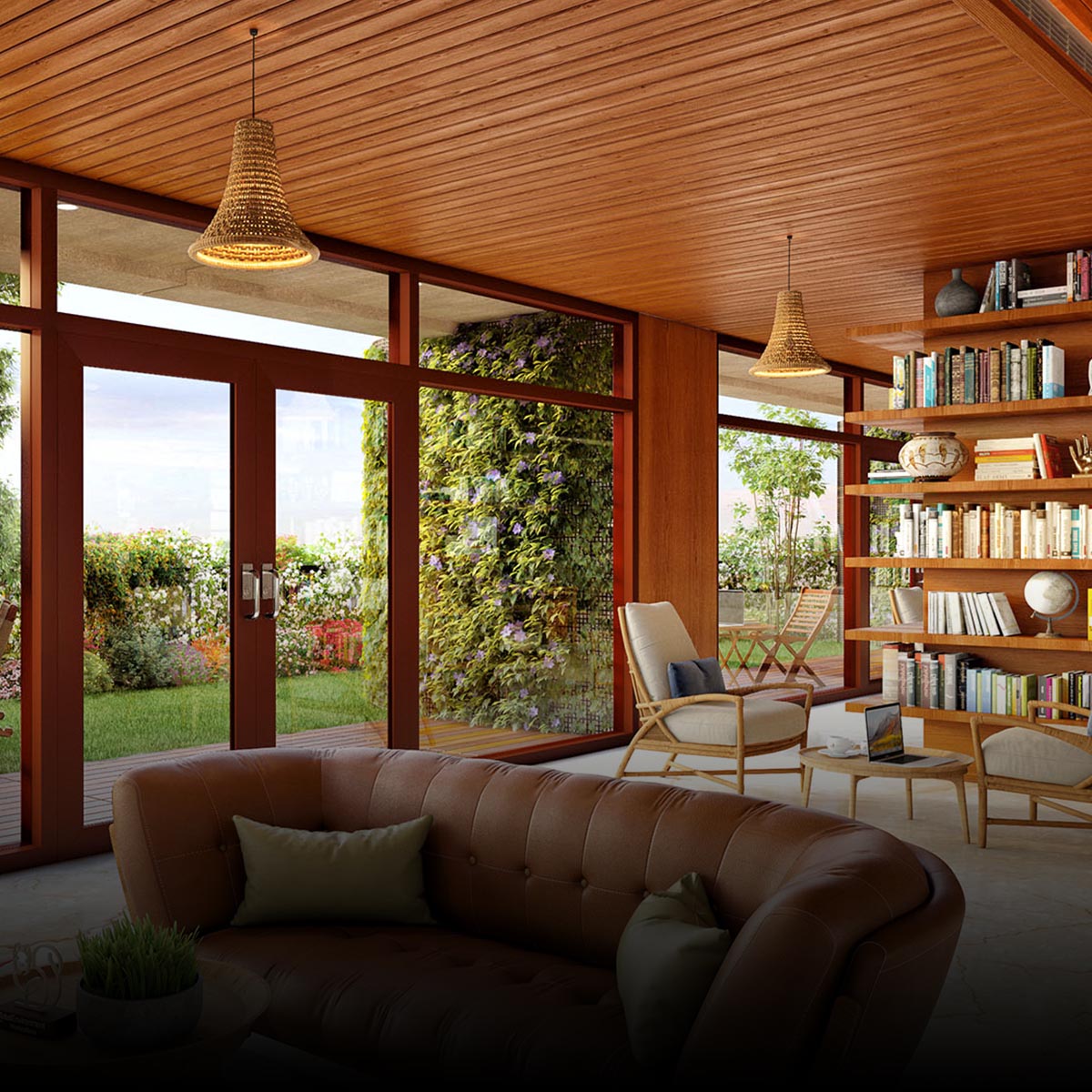 Rentals
Rent our homes, but own the experience
LEARN MORE

Workspaces
Why go to work, when you can have a Workcation
LEARN MORE

Ajay Nagarajan
CEO
It was the love for brewing that took this tech nerd from Texas to one of America's oldest brewing schools, the Siebel Institute of Technology in Chicago. Several lessons later, his brewery dreams found their buzz in partnering with Kamal and Shibanee Sagar in Bangalore, India, in 2011. This partnership led to the opening of Windmills Craftworks, Bangalore, Oota, Bangalore, Windmills at the Quad at BIAL, and Windmills at Grandscape, Texas, USA. As CEO of Total Environment Hospitality, Ajay insists on checking everything, personally, be it Beer or Baked Blueberry Cheesecake. No wonder he's dubbed Chief Eating Officer! https://windmills-usa.com/ & https://windmills-india.com/

Mandaar Sukhtankar
Corporate Chef
Lover of puns. Prince of pastaÃ¢â‚¬Â¦ Ladies & gents - we present Chef Mandaar! This one-time NDA aspirant is a Chef from Belagavi (Belgaum) and the winner of more culinary awards than there are chicken curry recipes! Top Young Chefs of India, 2006Ã¢â‚¬Â¦ Celebrated Chefs of India, 2013Ã¢â‚¬Â¦ Chef of The Year, 2016Ã¢â‚¬Â¦ and, also, as a young lad, Best Packer of Mom's Tiffin! A Revivalist of Nizami cuisine & Master of European nuances, Chef Mandaar is the author of 'Romancing the Chicks', a culinary ode to green chickpeas (why - what did you think?), and the man behind Italia, Bangalore, He was also Team Chef to Australia's Cricket Team during their 2017 tour of India.

Suresh
Director of Culinary Operations
From Kolar to Mauritius to Bengaluru to the UK to Bengaluru - life, for our Director of Culinary Operations, has always been a highway! And now, the journey takes him onwards to Windmills, Grandscape, Texas. From 2014-17, he undertook a 20,000 km fieldtrip around Karnataka to deep dive into regional cuisine. The results of that adventure are now showcased at our award-winning restaurant, Oota. Many of the popular dishes on the Windmills menu, from the Beef Picante to the Wild Mushroom Risotto, are also the result of Chef Suresh's excellent handiwork. Good luck in your onward journey, Suresh. We know you'll always go the extra mile as you move ahead on your culinary adventure.

Sanil Rai
Manager Operations
From pizza making to report making, admin and pre-openings, and with a degree in International Hospitality Management in Edinburgh, Scotland, Sanil had tried his hand at almost everything but soon got bored with the lack of new challenges. All set to move to Thailand in 2011, Sanil had refused three interview calls from Windmills. But guess it was a case of fourth time lucky - for us! A start-up specialist, Sanil was part of the pre-opening team for Windmills, The Terrace, Oota, and Windmills at The Quad at BIAL - the latter being entirely his 'baby'. Today, as Operations Manager, he has a finger in every pie - be it housekeeping, valet supervision, maintenance, security, uniforms, and vendor management. Truly, everyone's 'go to' guy!

Shaan
Head Brewer
Shaan ran away from his modest options in the rural hinterland of Krishnarampur near Kolkata to try his luck in Bangalore. And, after working as a steward at Ruby Tuesday for nine months, he joined Windmills as Senior Steward in 2010. He would spend two hours in the brewery each night, from 10pm to midnight, cleaning and diligently helping out American brew master, Ed Tringali, with the inventory, until, finally, Ed had no choice but to teach him brewing! After 6 months of training, he honed his craft under successive brew masters, Todd Holder, Jacob Daniel Angel, and Cal Ryan. Today, as our Head Brewer, Shaan's is the archetypical runaway success story!
Careers
At Windmills, we are committed to inspiring change in the world, one guest at a time. Every member of this team is an experience-creator. An experience that is consistent from the time our customers walk in, to last call, and beyond. We are building a team that has the mental grit and conviction in chasing lofty aspirations without compromising on values. With every new hire, we look to raise the bar of our team, and expand our perspective on the work we do and the world we share. Here's to making the places we go more beautiful, the experiences we have more enjoyable, and the things we eat and drink more delicious. Whether it's a home, a resort, or great food and craft beer, if it's from Total Environment, you can expect it to be sensitively designed, completely personal and totally original. We live by our passions and hope to ignite yours. To apply for any open position with us, please email your resume to hr@windmillscraftworks.com
Bartender
The Bartender is the embodiment of service. There is no request too extreme and no attitude you can't turn around. You love food, trying new things and helping our guests navigate our adventurous menu. You will be responsible for providing outstanding service to the guest before anything else. You will also be responsible for ensuring that our standards are met and passing on that standard to new hires. Everything we do from the moment we walk into our doors is about our guests.
Apply Now
Chef
Our Restaurant is looking to hire new cooks who will be responsible for preparing authentic, traditional and innovative dishes for our guests. Duties will include prepping meals by weighing, measuring, mixing ingredients, cooking meals, checking ingredients for freshness, and arranging & garnishing the dishes. You will also be in charge of ensuring that the kitchen and equipment are properly cleaned and maintained. To be successful in this job, you will need a thorough experience with hot and cold food preparation. Prior experience in a related position is helpful. All kitchen staff members will be cross-trained in multiple stations.
Apply Now
Server
As a server with Windmills, you are the embodiment of service. You will be responsible for providing outstanding service to the guest before anything else. You will be ambassadors for guest experience while serving our guests in a friendly and efficient manner. You will also be expected to have a high knowledge level about our food and beverage offerings.
Apply Now
Guest Relations Executive
The GRE is a vital element to the success of the Restaurant. They are the first impression of the restaurant and must convey a warm and friendly welcome. Must be able to convey, often over the telephone the essence of how much we value the guest experience at Windmills.
Apply Now

Let Our Live Music Transport You

Synopsis: Pere Bujosa Trio is made up of Majorcan double bass player, Pere Bujosa, and members of the Catalan jazz scene, pianist Xavi Torres & drummer Joan Terol. Each member of this power jazz trio plays an important part in the interpretative aspect, which gives each of them their own sound character. The group reflects Bujosa’s passion for rhythm and textures, with a purely jazz formula but with influences from rock, electronics, and free improvisation. Their music unites elements such as polyrhythms, effects, and atmospheric sounds. Reflecting on today’s uncertain times Bujosa says, “When the world is about to explode, the best will be confinement in one of the best shelters we can find: “Jazz"!

Synopsis: Jazz saxophonist, flamenco singer & composer, Antonio Lizana, is one of the most celebrated representatives of new Flamenco Jazz from Southern Spain. Though submerged in jazz composition, he found that flamenco crept into every song he wrote and set out to carve a new and distinct genre, melding the two. He has collaborated with artistes such as Arturo O'Farrill and Alejandro Sanz on works that received Grammy awards. In the last three years, he has performed more than 300 concerts in over 30 countries. Lizana's live shows have been described as a "breath-taking journey from flamenco roots to contemporary jazz", all spun with his soulful lyrics which bring a message of optimism and truth.

Synopsis: In the Transatlantic Roots project, composer, Bruno Angelini, along with Fabrice Martinez (trumpet/bugle) & Eric Echampard (drums), explores a double culture to bring to life the themes and subjects imagined by Bruno. His compositions develop a personal language in a harmonic universe close to contemporary music - a meticulous and demanding sound research which he pursues on the piano. Though anchored in European music, the music is crossed by African American idioms which work underground in the musical material, as an underlying and permanent presence. It is this double culture that this power trio explores together - to bring the themes and subjects imagined by Bruno Angelini to life.

Artiste Videos: Transatlantic Roots | A Butterfly Can Save A Tree

Synopsis: "Pronto!" means ready, fast, and prompt. Drummer-composer, Christophe Marguet & saxophonist, Daniel Erdmann, know the chemistry that makes a dynamic group. Along with Bruno Angelini (piano) and Hélène Labarrière (double bass), they have produced one of the most beautiful sounds ever, taking things to a new level. Each member of the group finds their space to develop their own game most intuitively and naturally. The rhythm is massive, with cohesion, density, & homogeneity. There is a sense of the unstoppable melody that animates, as well as the extension of the original jazz passed through the filter of European culture. The solos are adventures and make the concert truly memorable.

Hefeweizen
The German-style hefeweizen is straw to light amber in colour and brewed with at least 50 percent malted wheat. The aroma and flavour of a weissbier comes largely from the yeast and is mostly fruity (banana) and phenolic (clove). The intensity of these wildly differing flavour qualities varies depending on the brewer, but the two are most commonly balanced. Hefeweizens typically contain a low to moderate alcohol content and are considered to be the most popular amongst the German weissbier variety.
ABV: 4.8%     OG: 12.5°p

Golden Ale
One of the most approachable styles, a golden ale is an easy-drinking beer that is visually appealing and has no particularly dominating malt or hop characteristics. Rounded and smooth, it is an American classic known for its simplicity. Sometimes referred to as "blonde ales", these beers can have spices and fruit added, and are fermented with an ale yeast.
ABV: 5%     OG: 11.5°

IPA
Characterized by floral, fruity, citrus-like, piney or resinous American-variety hop character, the IPA beer style is all about the hops. This has been the most-entered category at the Great American Beer Festival for more than a decade, and is the top-selling craft beer style in supermarkets and liquor stores across the U.S.
ABV: 6.5%     OG: 15°p

Stout
Deliciously creamy, dry and roasty, stout is one of the most recognisable beer styles. The stout's history is intertwined with that of porter. Both are dark, roasty beers with British origins, and there is a lot of overlap between the styles. In present times stout is more frequently a feature for roasted barley, a very dark, highly roasted grain made from unmalted barley. This, along with the occasional use of other roasted grains, lends the beer its distinct coffee-like roasted character and pitch-black colour.
ABV: 6%     OG: 15°p

Experiences are the new luxury